Are you a dreamer?

Not the type of dreamer that has visions for the future, but a sleeping dreamer ~ someone who has a lot of dreams and recalls them easily. Or maybe you’re someone who doesn’t frequently recall your dreams, but when you do they are very important messages from somewhere beyond or someplace deep within.

Sleep itself belongs to the Moon, and is one of the Moon’s greatest healing tools. Dreams, though, belong in Pisces’ realm of healing tools.

There’s a lot of scientific evidence that says our dreams are nonsense. They don’t really mean anything, at all. They’re just a jumbled bunch of images from our waking hours that the brain is sorting through. A dreamer, however, knows that’s not true. There are messages in those dreams, and we’d better pay attention to them.

In 12 Things to Do When the Sun Transits Pisces, I suggested that you recall your favorite dream. My favorite dreams involve flying. Now don’t go running to a dream dictionary to figure out what that means. To be completely frank, a dream dictionary is something I won’t touch. Dreams are sacred ground to me ~ holy ~ and I don’t want a one-size-fits-all, generic description telling me what a very personal symbol means. Flying can mean a lot of things, depending on how it fits into your dreams. It is an absolutely incredible experience that completely removes us from our earthbound bodies. If you’ve never had a flying dream, maybe lucid dreaming can help you. They are wonderful.

Most of the dreams we recall aren’t our favorites; they’re bad. Those with a vivid dream life are in touch with their subconscious, even if they aren’t dealing with it, and the disconcerting messages are played over and over again. We can laugh at them sometimes, but more often than not they plunge us into deep thought. Dreams take on various forms and deliver a multitude of messages. There are recurring dreams and dreams that are easily forgotten but that still carry important, though fleeting, messages. And I’ll even agree that some dreams are just the brain’s way of sorting and deleting information. For dreamers, though, none of that matters. It’s all high priority stuff.

Beginning when I was a child and lasting through my early adulthood, I was a constant dreamer ~ usually three or four dreams a night with one headliner dream that stood out from the rest. Many of them were psychic dreams. As a young girl, I would sit at the breakfast table with my Mom and tell her about the dream, only to watch it play out sometime during the day. I was terribly frightened at times by those experiences. I didn’t know how to handle them, and there was no one to guide me. I started visiting the library and sheepishly entered the section on ESP, trying to find an answer about why this was happening to me. This was in the early 60’s, a time when there wasn’t much available on the phenomenon and a lot of what was available said ESP was evil, the work of the devil. (Now there’s something you want to teach your kids! It’s just beyond ignorant.) By the time I was in high school, my dream life was so vivid that I wasn’t really sleeping anymore and was absolutely exhausted by the time I had to get out of bed. I know there are some of you who identify with this and fully understand it. 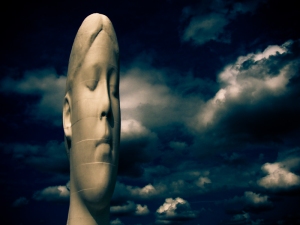 By the time I entered college, the dreams began to feel like a plague. That’s when I made the conscious effort to turn them off. I worked very hard not to recall my dreams, to push them away. I don’t recall now how I did that, but it worked. Too well. By my early 30’s, I was longing to have access to my dreams again, but couldn’t reach them. That’s when I entered the phase of recurring dreams.

Recurring dreams are dreams that you have over and over again and they are usually quite disturbing, nightmarish. I had two types. One was that there was a hidden room in my home. I wrote about this recently in my post on Feng Shui. The other is too personal to share, but I will say that it did come true and my life was completely devastated. I am not the same person I was before the dream’s wakening, and life will never be the same again. Pay close attention to recurring dreams. They are crying out to be addressed. The symbols are so blatantly obvious that they aren’t symbols anymore. They are real, uncloaked, rawly naked. Repressing them in the dream state can only bring traumatic experience into the real world. Recurring dreams can be precognitive of a situation that will eventually manifest after much repression, or can be a result of a post-traumatic stress disorder where a traumatic event is relived again and again in both the waking and dream state. My secret recurring dream is both. It started years before it manifested and continues as a symptom of a type of PTSD even now. And, no, PTSD is not limited to war veterans.

A third type of dream that is considered disturbing, although frequently beautiful, is the Wise Baby dream. In this dream, you are with an infant that is speaking to you. Wise babies are fequently very, very pale and glow with an intense light. Most often, the baby is telling you the secrets of the universe and if you could only remember what the baby said, you just know that life would be very, very different. But you can’t remember.

Colors, objects, symbols such as water or fire, an activity that you normally wouldn’t engage in, visits from the departed ~ pay close attention to all of them. Sometimes the message is so, so obvious. A friend dreamt that she had killed the man she was living with and was burying him in the park. Her departed mother was there watching her bury him. “You know, Mary, you don’t have to kill him to leave him.”

For more information and sources of help for recurring dreams or stress disorders:

6 thoughts on “Pisces ~ To Sleep, Perchance to Dream”