I think I need to start this post by explaining the pic I chose for Sagittarius. Sagittarius is most often depicted as the truth-seeking philosopher priest of the zodiac, and he is. He definitely is. But he’s also a comic and has a knack for peppering his stories with tall tales, exaggeration, and humor. If you’ve ever watched the movie, Big Fish, you’ve watched a magnificent example of Sagittarius storytelling in action. (Watch the trailer at the bottom of the post.) 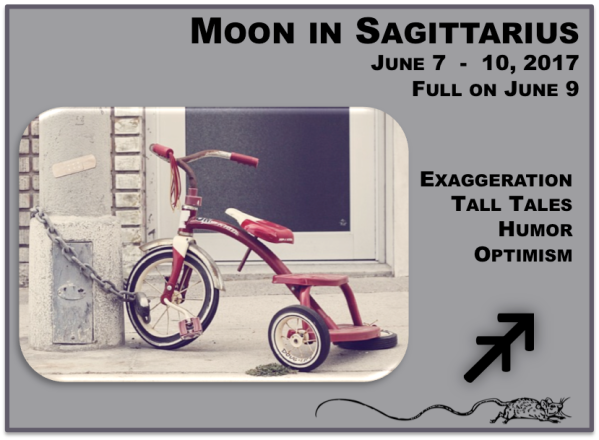 Most of us don’t lock up our trikes. The one in this pic made me think of PeeWee Herman’s 100% belief that his bike was the greatest bike in the whole entire world. Bigly. He has the best bike. Everyone says so. People are talking. That sense of proportion has its roots in Sagittarius and the expansive notions of bigger-than-life Jupiter. (Trump has Moon in Sagittarius, btw, and in the I am royalty Leo deacon and dwaad.) Whoever locked up this tricycle feels the same away about it as PeeWee feels about his bike. This has got to be the greatest trike in the whole, entire world.

The grand storytelling is also the idea behind the very long tail of the mouse at the bottom of the pic. I do NOT think that Sagittarians are rats. I do think that if one of my Sadge friends told me a rat story, that it would be about the biggest rat EVER or, at least, the one with the longest tail.

The Moon’s transit through Sagittarius begins on the 7th with an opposition to Mercury in Gemini. Lots of talk could be mostly superficial and maybe even defy true feelings.

A sextile to ruler, Jupiter, on the 8th which should have the Archer Moon feeling right at home is complicated with a square to Neptune in Pisces. This is definitely Tall-Tale-ville. Can we really believe what we hear or see?

The Full Moon on the 9th is crazy territory. As though Full Moons aren’t wacky enough sometimes, this one comes with Jupiter stationing direct. Jupiter is in Libra, so you might notice that growth is stalled for a while in your Libra house. That can be okay. A conjunction to Saturn helps steady the course and rein in anything expanding too quickly.

Round about the midnight hour, the Sagittarius Moon trines Uranus in Aries. This is the Moon’s last aspect before entering the void period. Big, new ideas are the potential this aspect holds, if you aren’t afraid of a big, new adventure.

You can rent this movie on youtube for $2.99. From the trailer:

“In the heartwarming film Big Fish, director Tim Burton (Batman, Edward Scissorhands) brings his inimitable imagination on a journey that delves deep into a fabled relationship between a father and his son. Edward Bloom (Finney) has always been a teller of tall tales about his oversized life as a young man (McGregor), when his wanderlust led him on an unlikely journey from a small town in Alabama, around the world, and back again. His mythic exploits dart from the delightful to the delirious as he weaves epic tales about giants, blizzards, a witch, and conjoined-twin lounge singers. With his larger-than-life stories, Bloom charms almost everyone he encounters except for his estranged son Will (Cruddup). When his mother Sandra (Lange) tries to reunite them, Will must learn how to separate fact from fiction as he comes to terms with his father’s great feats and great fallings. 2003 Columbia Pictures Industries, Inc. All Rights Reserved.”

4 thoughts on “Moon into Sagittarius, Full on June 9” 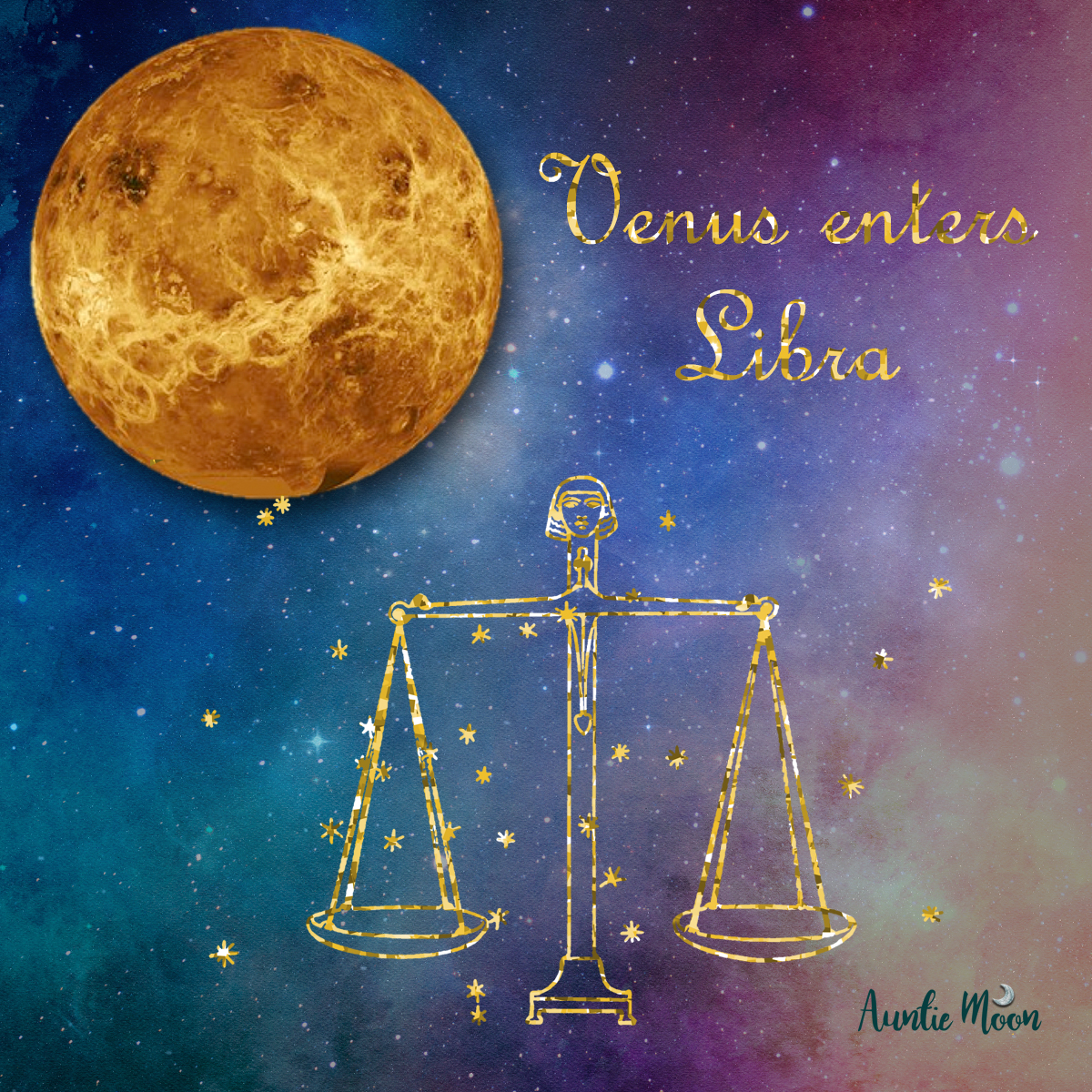