Moon in Taurus is having a sweet time of it these days. She has easy aspects with Mars, Neptune, Venus, and Pluto during her transit and gets to taste plenty of goodies. A sextile with Mars has her feeling sensuous and sexy. Neptune makes everything dreamy. Pluto gives her confidence and increases her power. And a conjunction to her ruler, Venus, in the late afternoon of the 20th has her feeling like all is right with the world. I believe she actually can have her cake and eat it, too. 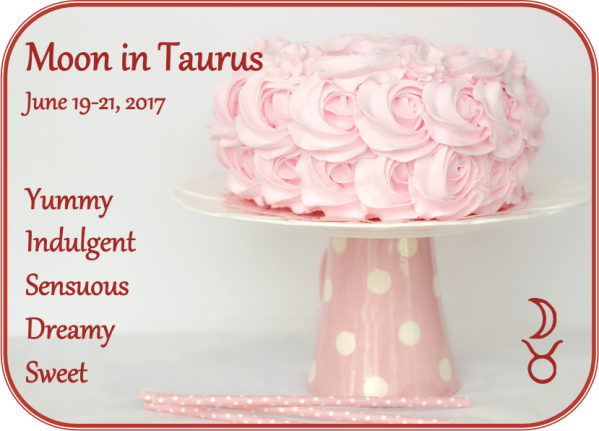 The Taurus Moon also holds a place of honor and distinction this year. She is the Solstice Moon. The Summer Solstice arrives with the Sun’s Cancer ingress on June 20th or 21st, depending on where you live. Time is 12:25am EDT on the 21st, but anyplace west of that has a Solstice date of the 20th. Stonehenge will be alive and shining on the  21st.

Cancer always welcomes a Taurus Moon. The Moon is said to be exalted in Taurus which means that she finds a great deal of ease in that sign. Taurus steadies the Moon’s shifting emotions. It’s comforting for the sensitive crab.

Need Help with the Cancer Lunation?

What possibilities does the New Moon hold for you? What do you want to happen? Can you make it happen?

I think you can.

But there’s a hitch. It takes daily diligence and commitment.

It’s easy to set intentions at the New Moon. But it’s not always so easy to see them through to the end. By using daily intentions, you stand a far better chance of seeing some solid results by the Full Moon.

If you make New Moon wishes or set intentions for every lunation only to see them drift away or be forgotten, working with Daily Intentions can help you stick to your plan, accomplish your goals, and realize your dream.

By using the method outlined in the New Moon Dreams workbook, you can easily set daily intentions and make daily progress toward realizing your New Moon goals.

See some sample pages and the Table of Contents here. 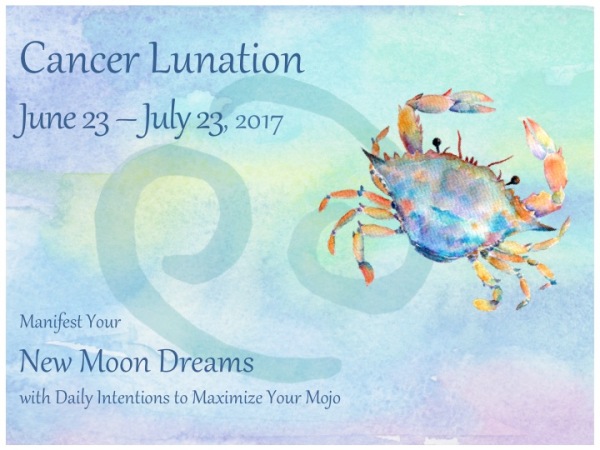 2 thoughts on “Moon into Taurus”