The Moon moved into Pisces yesterday afternoon shortly after the arrival of the First Quarter Moon. Pisces’ motto, “I Believe,” may be one of the most important factors in fulfilling New Moon Dreams. Forward movement can be based on cold hard facts and empirical data, on faith and belief that any dream can come true, or any and everything in between the two. No matter what flavor you pick, you’ve got to drink the Kool-Aid. 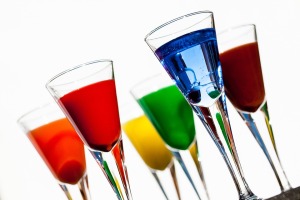 Belief is the fuel for fulfillment.

Pisces is the mystic of the zodiac. As the mystic, she sees and hears things that Everyday Joe can’t even imagine. Hers is a world of fog and mists through which she sees clearly.

There’s a fantastical movie called Beautiful Creatures ( based on the book ) about a southern family with supernatural powers, both light and dark. In the role of the cruel and vengeful Sarafine Duchannes, the brilliant actress Emma Thompson has a line about mortals that has made a lasting impression on me.

They pray without true beliefs and then wonder why their spells don’t work.

As the First Quarter Moon propels us toward fulfilling our New Moon Dreams, we’ve got to drink the Kool-Aid.

You can start with the New Moon work book at any time during the lunation. Order your copy of Manifest Your New Moon Dreams and join me on this journey.